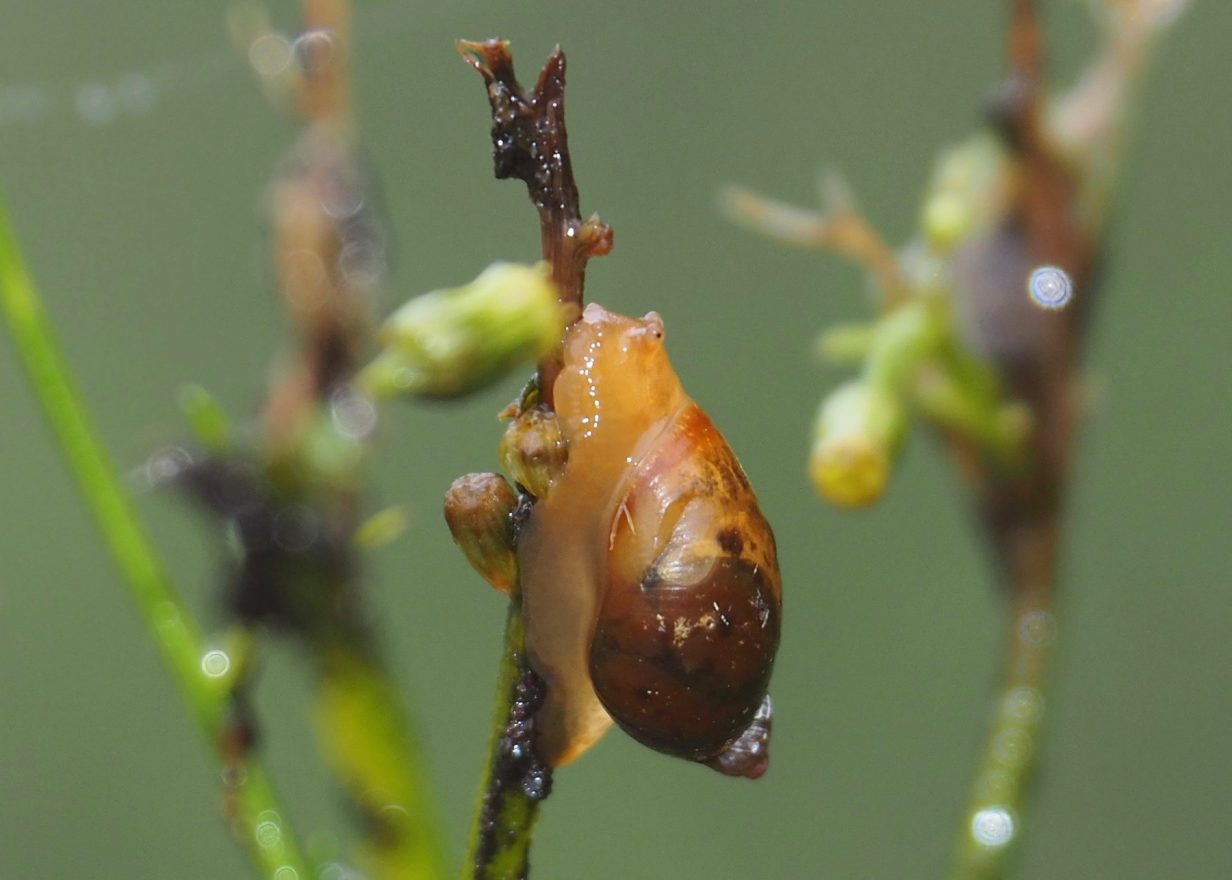 The study of island systems has led to numerous insights into the mechanisms of evolution in terrestrial species. Compared to mainland habitats, islands have relatively simple ecosystems and can often serve as nature’s petri dishes for the study of ecological forces at play within communities. Archipelagos, which are groups of islands, are especially interesting in that they allow us to study the repeated colonization of similar habitats. The Galápagos Archipelago in particular is characterized by a unique clustering of islands based on age. A volcanic hotspot below the archipelago has lead to chronological emergence of island groups, which facilitates our study of dispersal history between land masses.

Land snails are effective model organisms for the study of evolutionary processes due to their unique characteristics and dispersal capabilities. One of the most notable features of snails are their shells, and selection seems to have a large influence on these structures. Rather than analyzing multiple traits, the study of land snails allows us to focus on the small-scale differences between shell characteristics of individuals. Being relatively slow-moving creatures, snails have small spatial ranges as well. This can help to simplify the rather complex ecological forces that are often present between populations. In addition, there are many barriers to land snail dispersal in island archipelagos. Both large bodies of water and regions of lava flow prevent individuals from actively migrating within and between land masses. These barriers will help us learn more about the colonization of islands due to passive dispersal.

Being home to a multitude of diverse groups and unique species, the Galápagos Islands may seem like a hotspot for adaptive radiation of organisms; however, previous analyses show that this may not be the case. In fact, the Galápagos Archipelago has had relatively few species diversification events compared to other Pacific island systems. There are some clades that may stand out, such as Naesiotus land snails or Galápagos finches, but other colonizers did not diversify as widely as these groups did. One such depauperate clade is the genus Succinea, which only consists of four known species on the islands.

Succineids are a persistent group of snails that are located in almost all regions throughout the world, including countries like Iceland. They have relatively high survival and growth rates compared to other snails, and are even considered agricultural pests in many tropical districts. The tenacity of Succinea has led us to speculate about the forces that could be preventing this group’s diversification in the Galápagos Archipelago.

Our main objective is to reconstruct the evolutionary history of Succinea in the Galápagos Archipelago using DNA data. We will assemble a tree, otherwise known as a phylogeny, to estimate the order of colonization events in the Galápagos and test a previous hypothesis of multiple independent origins of Succinea. We will compare the relationships between succineids with that of more diverse Galápagos groups, such as Naesiotus, to understand more about the evolutionary mechanisms that may have prevented species divergence in this group of snails.

Hundreds of Succinea samples have been collected from the Galápagos islands and mainland Peru between the years 2000 – 2019 and preserved for use in the lab. Outgroups from Japan were also utilized in our study. Over the past two years, we have been extracting and quantifying genomic DNA from these samples. Both Sanger sequencing and RADsequencing will be utilized to create DNA libraries of our samples. Using mitochondrial CO1 DNA data from other succineids around the world, we will be able to construct phylogenetic trees that will show us the relationships between Galápagos Succinea and other members of the family across the globe. Through the analysis of these trees, we hope to uncover the mysteries surrounding the evolution of Succinea on the Galápagos.